Sailing is for the Birds – 2

The sun was dipping into the great Atlantic Ocean that stretched away to the west. Our sturdy vessel romped along at 7 knots under reduced canvas. The seas were painted orange and deepest indigo, the wind was steady out of the northeast. Off to our east was the unseen coast of Portugal, indicated only by a ridge of cloud above the haze of evening. We were sailing offshore on a converging course with the shallowing water along the coast south of us, aiming for the passage between the mainland and Berlenga Grande Island. At our speed and with the current helping us along, our passage planning had us there for first light and we would transit the channel long before the start of the busy ferry traffic to the popular tourist island.

The boat was squared away for the night and we were relaxed in the cockpit watching the changing colours of the sunset as we enjoyed our evening meal. We were chatting companionably, when, above the sound of the sea and our passage through the waves, we heard a splashing commotion. We turned to see a small flock of seagulls attacking something in the water. Seagulls are generally quite garrulous and it struck us how silent these birds were as they assaulted their target, viciously tearing it to pieces. We could see feathers floating on the water and we got the binoculars for a closer look.

All at once a dark shadow flapped about above our boat and after a couple of attempts it managed to land on the cockpit bimini. It was a pigeon, hardly able to stand with exhaustion and the difficulty of the slanting surface. As we blinked at this uninvited guest another joined it and then a third bird fluttered down alongside. In the fading evening we saw more pigeons off our port quarter. Their flight was butterfly-like, a sort of lifting and falling and we realised that they were trying to land on the water yet too afraid of the running seas. Meanwhile the seagulls hovered nearby, taking off from the water to harass the dipping pigeons and dash them into the sea. The exhausted birds were being swept along by the wind and the few who had any strength circled around to land on the oasis of our boat. The majority was pushed past us to a watery end, food for the gulls or the fish.

Our visitors showed no fear as we offered them an assortment of crumbs and seeds but it was water that they needed, thrusting head and neck into the glasses we held for them, stretching their gullets to let the water run down into their dehydrated bodies, dunking their bills again and again. Each bird had a leg ring and we jotted down some of the numbers, thinking that we might find out where they had come from, where they were going. Racing pigeons, obviously, blown off course by the strong offshore wind. We left the food out for them, regretting it later as they deposited the digested remains everywhere.

Our watches through the night had us checking frequently on the welfare of our guests. There were about 15 pigeons, perched on the dinghy and the booms, standing about on the cockpit coaming and bimini, some fast asleep in the armpit of their wings, others restless and watchful, dark eyes glittering in our torchlight.

As we approached the early hours and the coast we started to see the faint glimmer of land lights and our attention was focused on navigation and the approach of the Berlenga passage. Not to the extent that we missed the first soft ‘crrr’, soon taken up by more of the pigeons who preened and stretched their wings. As the darkness lifted so too did one bird. He rose off the boom and started circling the boat and in a rush the others did too. They joined him in his circling and then they left, the small flock heading to the land close by. We watched them until we could no longer make them out in the dawn. Then we turned to the task of navigating the channel. Cleaning up the mess could come later.

Wishing you all a joyful and abundant 2016!

Our January classes are now scheduled and we look forward to welcoming new friends to our studio in Alverstoke, Hampshire, UK.  Booking is essential as places are limited. Please email info@studiobluesea.com, call/text Pippa 07402 332676 or stop by the gallery upstairs at Darcey’s, 47 Village Road, Alverstoke, PO12 2LD. Please join our mailing list by emailing us, leaping aboard here or following us on Twitter @StudioBlueSea

A fun and friendly class for all skill levels; beginners welcome. Please bring a drawing book and 2B pencil and other media you may wish to use. A2 paper and black Conte crayons are available in the studio.

For beginners or anyone wishing to increase their skills. An email will be sent to you with a sketch of the subject. You will use this to prepare your watercolour paper ready for the class. Every class will have a new theme and you’ll learn how to paint water, fire, nature etc.

A class for more experienced painters who wish to work on or complete their own work with the help of a tutor. This is a 4-hour workshop with a break for lunch. Numbers are limited so please book early. 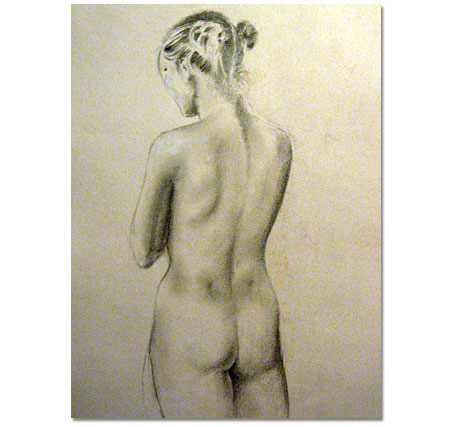